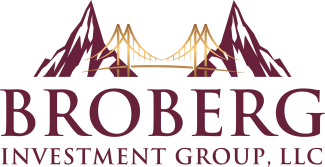 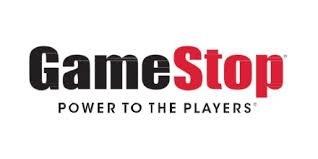 Markets don’t go straight up, right? So anytime the market has a little volatility, like last week, we tend to assume that market psychology is finally catching up to our political or economic viewpoints, or that thousands of small investors (and I mean small amounts of money) in GameStop have changed the dynamics of the market…forever.

Four years ago, when Donald Trump won the presidency, half the country was upset and believed the market would crash. The same thing happened 12 years ago when Barak Obama was elected. Neither case was true. This year, Joseph Biden became president, and half the country is upset. Furthermore, these disappointed voters think the world has ended and the markets are going to tank.

Then, last Monday happens. On January 25th, the markets went into a deep dive that morning, only to reverse into an up-day by the close. Whew! That was close. But then on Wednesday, some “populist” traders stuck it to the “suits” on Wall Street, who were betting against GameStop’s shares. The suits were betting that the price of GameStop’s stock would go down and they could profit from it. The thousand small traders forced these big New York-types to reverse their positions, causing them major losses. Yea for the little guy!

At the same time, the S&P 500 dropped 3.7% for the week. Some think that the automatic conclusions are that Biden is flushing the country down the drain, and this veritable army of traders with a couple of bucks in their hands are bringing down the global markets.

This stuff makes us waste a lot of time catching up on the TV news cycle because we feel like we need to be “in the know,” but it is not the reality.

You see, when some investors out there are so focused on their politics, they tend to miss opportunities. In some cases, they let their personal beliefs drive their emotions. Then, sometimes their emotions turn into actions that work against them. This is a non-starter for successful long-term investors. If people acted on their politics either four or twelve years ago, history shows that they would have missed overwhelming gains in the market.

As for the happenings surrounding the trading in GameStop, they are way too small to have any major impact on the markets in the long-term. As the financial press hyperventilates about it, I would recommend not paying any attention. The global markets are just too big to be negatively impacted by last week’s events.

Well, then what did happen this past week? Why did the market introduce some selling, if it wasn’t caused by Biden’s policies or an army of part-time traders?

After a roughly 10% correction last September, the markets rebounded by 20% from the September low to the January 25th peak. That is an incredibly good run. As a result, I’d say that Wall Street traders were taking profits before the end of the January trading month, after four great months. That’s it. Just profit taking. Everything else is just cross currents that mess with our emotions.

A little volatility after that kind of run-up is normal. For the week, it was a 3.7% drop, which isn’t a whole lot in the grand scheme of things. But the selling was not because Joe Biden is president, or a bunch of novice investors found the holy grail to profits in stocks like GameStop. Of course, the selling may or may not be over, but nobody knows. Everything is a guess when it comes to the future.

What we do know is that the American economy is repairing itself very nicely since the recession caused by the government shutdown last spring. The recovery is happening in fits and starts, but the vaccine delivery should help, coupled with the eventuality of more and more people getting out and about. When we are totally free to move about the country, we will. You can just imagine the pent-up demand to go do something, almost anything. Aren’t you ready to drive somewhere, hop on a plane and go see family, or just enjoy the simple pleasures of a meal at your favorite restaurant? Multiply that thought by 330 million Americans and you might have a recipe for some real economic growth.

And if that happens, we won’t be thinking about the cross currents of politics, short-term volatility, or what happened to GameStop. We all will have moved on.