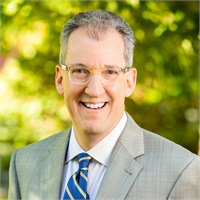 A native of southern California, Brian grew up in Los Angeles County before joining the United States Navy in 1980. In 1981, he secured nominations from his representative to the U.S. Congress and the secretary of the Navy to attend the United States Naval Academy. He graduated with a Bachelor of Science in Engineering in 1985, and was commissioned a Second Lieutenant in the United States Marine Corps. He is a rifle and pistol expert, has traveled extensively, and served in both Central America and the Middle East. After various command and staff billets, he was promoted through the rank of Captain.

When his service was complete, he left the military to pursue a career in the private sector. After nine years with a major financial services company, he founded his own firm, Broberg Investment Group, LLC, in 2005. His clients literally live across the country, from Florida to Hawaii, but primarily in Pennsylvania and Maryland. In 2019, he celebrated 25 years in a career he has loved from the beginning.

In 2017, Cetera Financial Group (the parent of Summit Brokerage Services, Inc.) nominated him for the Insured Retirement Institute's Advisory Council. Shortly thereafter, he began to serve this Washington-based think tank and advocate for the retirement and investment industry. His first assignment was to meet with US senatorial staff members to educate them about the financial advisor’s role in American society. (Frankly, he had a lot of fun!)

In addition to an investment practice, Brian is active in his community. First, he and his family are significantly involved in the life and ministry of their local church. Second, he has served on the board of three local non-profit organizations. The first was the YMCA, Shrewsbury, PA Branch. Then, he was a trustee for Shrewsbury Christian Academy, where he served two years as chairman. The last was as an active member and past president of his local club for Rotary International. In addition, he served five years on the US Service Academy Selection Board for his representative to the United States Congress. His latest volunteer endeavor started in 2010, with the Osher Lifelong Learning Institute at Pennsylvania State University, York, PA. He not only served on its Board of Directors, but has been teaching classes for the past ten years, primarily about geopolitical and geo-economic topics. (Again: Fun!)

Brian spends most of his personal time with his family, but he does manage to hit the gym regularly. To round out his list of pursuits, he is writing a book about geopolitical/geo-economic matters. He does this during the wee hours of the morning, so it doesn’t interfere with family time. Started: 2008. Completion date: 2021. Hopefully.

He married his wife, Lori, in 1992, and they make their home in New Freedom, Pennsylvania. They have two children. Ashley is the oldest and is currently working on her masters degree in Social Work from Baylor University. Their youngest, Christian, is a Pre-Seminary major and a Junior at Lancaster Bible College.